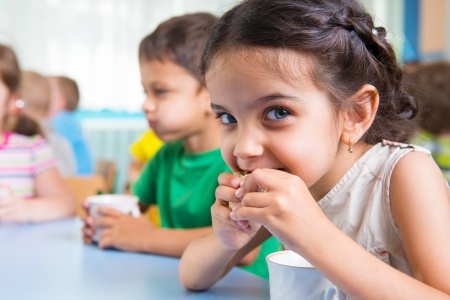 I recently worked with a child with a severe and debilitating fear about his peanut allergy. Even though his peanut allergy was closely monitored and managed by his parents and teachers, he became overwhelmed and consumed with exposure to peanuts at school, at home, at restaurants, at friends’ homes, and anywhere there was food.

It became scary to eat anything, because anything could have had peanuts around it or in it. His parents had to wash their hands dozens of times a day, were not able to touch his straw when taking it out of the wrapper, could not cook him anything to eat that didn’t come from a package – all for fear of contamination from peanuts, even if there were no peanuts around.

Backpacks, cafeterias, lunch boxes, cups, plates, silverware, counter tops, fingers, clothes, and especially food were all unsafe. He lost seven pounds because he wouldn’t eat anything. Interestingly, he genuinely wasn’t being defiant for power or control like some kids with eating issues. His was birthed from genuine fear and overwhelming paranoia that he would end up in the hospital or die from exposure to peanuts.

Play therapy helps address issues like these in two major ways. First, kids are given the opportunity to play out exposure to their fears in a safe and contained environment. They can pretend to eat a peanut and see what happens. They can practice keeping themselves safe when unknown food ingredients are around. They can also work through irrational fears by proving to themselves that they are brave.

Another outcome to play therapy relating to food allergies is that kids build coping skills. As kids engage in control play, they take charge of things in play to combat those areas in which they feel out of control in their lives. They also engage in competence play so that they can test themselves, thereby demonstrating that they are capable of trying, failing, and succeeding without fear of repercussions that they would experience in the real world.

Within ten sessions of play therapy, this boy made a remarkable turn around and conquered his fears. He started telling me stories each week of eating pizza with his football team, eating out of a communal bowl of chips, watching his sister eat peanut butter and knowing that he would be okay, and not insisting that his mom washed her hands every five minutes while cooking. He was able to overcome a pervasive fear through playing – and without ever having to talk to me about what was so scary for him!